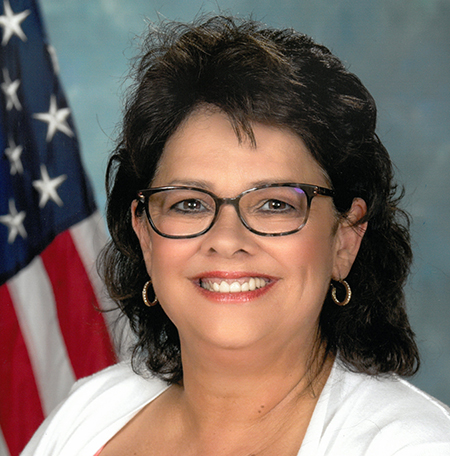 Lida Mills was sworn in as a Trustee in May 2017. Lida is a lifelong Hodgkins resident, along with her husband. They have raised two children together.

Lida comes from a line of family who pursues civic service. Her father and brother were previous trustees.

Lida worked for the Hodgkins Park District for 39 years where she retired in 2015. She has also served on the Hodgkins Library Board from 1989 to 2007. After retirement, Lida was eager to become more involved in the civics of the community.

In November, 1919, Chicago Telephone erected three poles on Cobb and Kimball to give residents phone service. Around this same time, the Village was seen for the first time through the glow of gas street lamps. William Matz was paid $10.00 a month to light them every evening and extinguish them every morning. He let his daughter, Adeline, “help” him light the six lamps up and down the two streets.