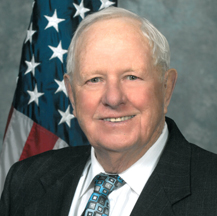 Noel and his wife Nelda have resided in Hodgkins for the past thirty-five years. They have two children, Daniel and Sherry.

Noel’s son Daniel is a retired Lieutenant Colonel from the U.S. Army. He and his wife Jean reside in San Antonio, Texas with their two sons, Brandon and Richard. Their daughter Sherry and her husband Daniel Klotz reside in Hodgkins and have one son, Joseph, who is attending Murray State College in Kentucky.

Noel attended public grade school and high school in Burnsville, Mississippi and North Eastern Mississippi Junior College. He served in the U.S. Army from 1945 to 1947 and is retired from the International Harvester Company where he was employed for twenty-eight years as a supervisor.